"... pushing the envelope on limited hangouts ..."

... an eruption of pulverized steel and concrete ...

Deja vu for the pioneers of Los Alamos 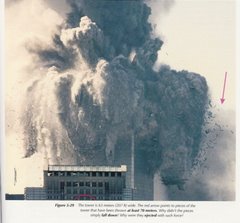 Los Alamos presents: The only "virtual" 9/11 "truth" site on the WEB

Los Alamos 9/11 Truth
Los Alamos, New Mexico
Manhattan Project I: The 1st Generation August 6, 1945....... Development of the atomic (fission) bomb, first successful tests and ultimate deployment at Hiroshima and Nagasaki: The Fat Man mushroom cloud resulting from the nuclear explosion over Nagasaki rose 18 km (11 mi, 60,000 ft) into the air from the hypocenter. It is estimated that as many as 140,000 died in Hiroshima from the first nuclear strike in history, and its associated effects. The estimate for Nagasaki roughly 74,000. In both cities, the overwhelming majority of the dead were "collateral damage" .... "non-combatants" .... civilians. .......... .......... Manhattan Project II: The 2nd Generation September 11, 2001 ..... 9/11 It is hypothesized that an 'exotic' weapon, possibly nuclear or directed energy .. perhaps satellite directed ... was used on 9/11 of 2001, at "Ground Zero" in midtown Manhattan, killing over 3600 civilians.... and providing the pretext for foreign wars and occupations, revocation of basic civil liberties and imposition of a domestic police state ....

A mere half-hour later, the North Tower explodes and dissolves 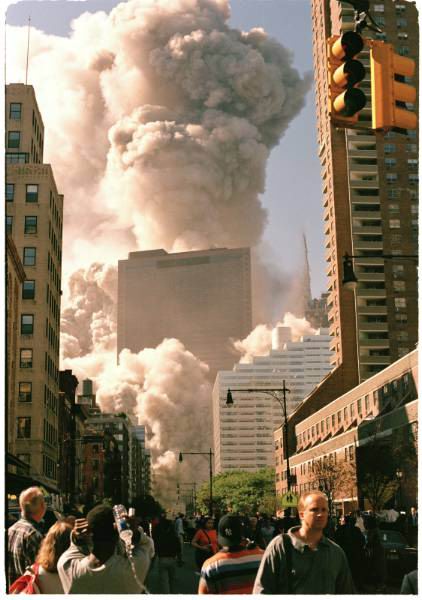 In the dramatic colors of a September morning 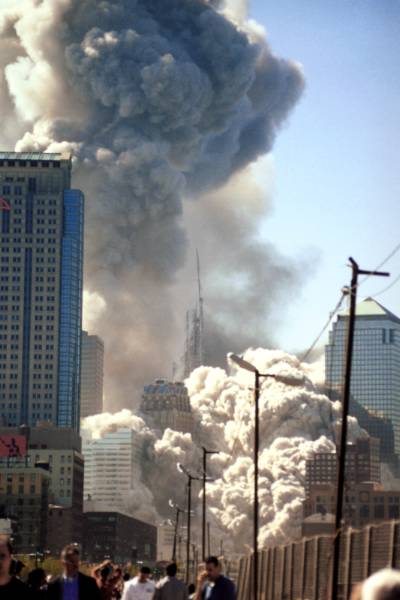 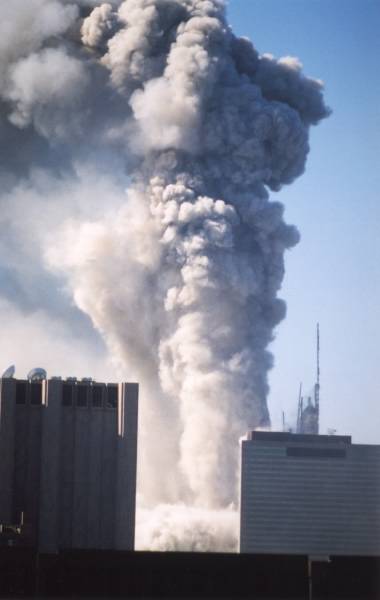 A tower of exploding dust and smoke

Engineering the transformation of perception into "Reality" 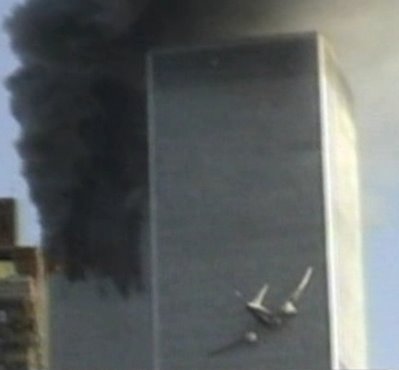 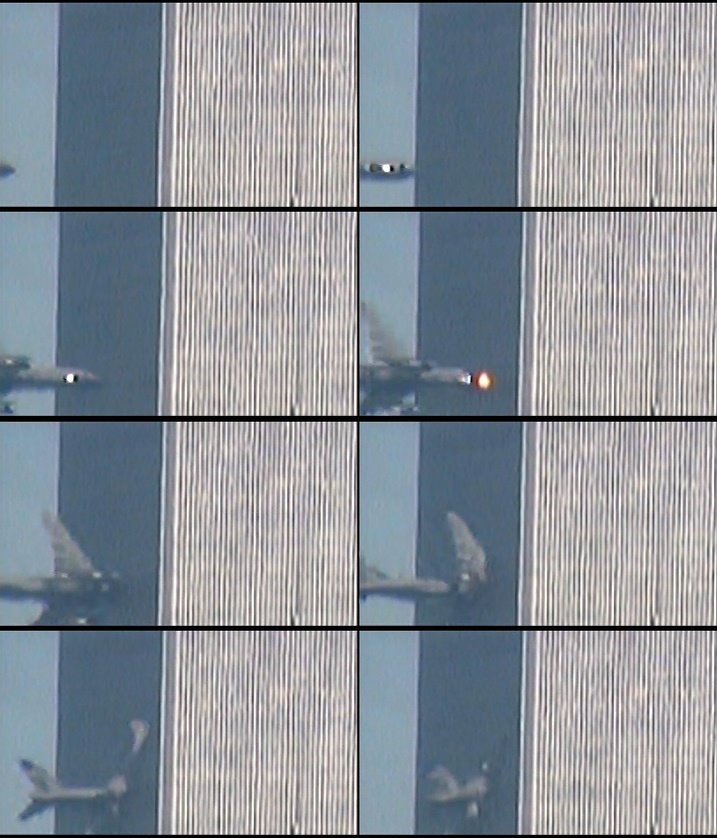 In the Willing Suspension of Disbelief. 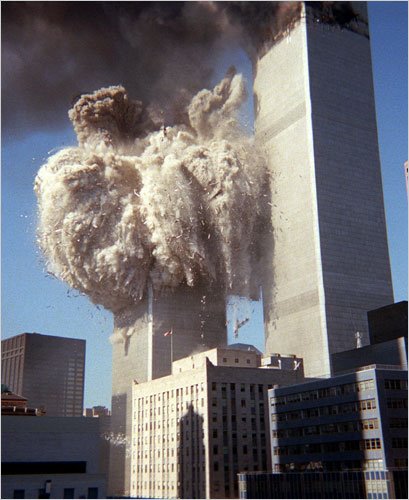 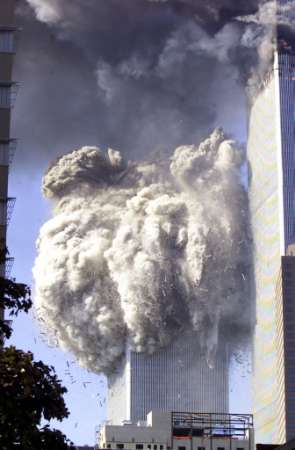 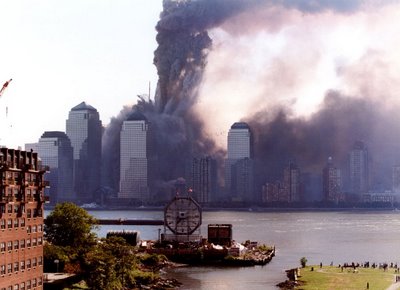 Could "super-thermite" do this ? 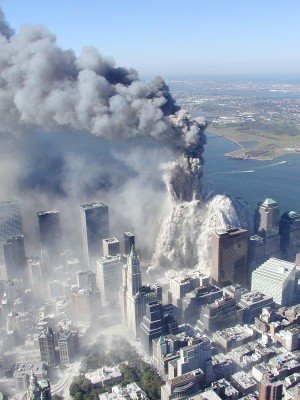 What happened to the Towers ?

Introducing one of our most distinguished virtual co-chairs: David Kubiak 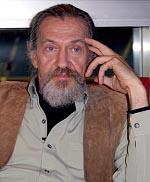 "One skeptic who wants Mr. Spitzer to open an investigation is W. David Kubiak, who lives in Kennebunkport, Maine, and runs a Web site called 911Truth.org. He said that not all doubters had gone as far as Mr. Walter in their conspiracy theories. Most people in his group, he said, including families of 9/11 victims, simply want more of an explanation why there were so many problems that day involving emergency communication and the chain of command."

Long on the cutting-edge of both classified and unclassified research

Los Alamos weapons developer Steven Jones: A man of faith and vision...... Behold My Hands: Evidence for Christ's Visit in Ancient America - by Steven E. Jones ........ "The Book of Mormon makes the bold statement that Jesus Christ, shortly following His resurrection, visited people in the New World and invited them to "feel the prints of the nails in my hands and in my feet, that ye may know that I am...the God of the whole earth, and have been slain for the sins of the world. ... Ye are they of whom I said: Other sheep I have which are not of this fold; them also I must bring, and they shall hear my voice..." (3 Nephi 11:14, 15:21). The Bible states that Jesus "showed himself alive after his passion by many infallible proofs, being seen of them forty days" and that this witness of Christ would be "unto the uttermost part of the earth." (Acts 1:3-8) and that Jesus would indeed visit "other sheep" (John 10:16). Several years ago, an idea popped into my head: Would people in the New World who also saw Jesus Christ leave memorials of this supernal experience by showing marked hands of Deity in their artwork? So I began a search with the following hypothesis-to be tested: Ancient artwork portraying a deity with deliberate markings on his hands will be found somewhere in the Americas. A crazy idea, maybe - but wait till you see the artwork of the ancient Maya !" 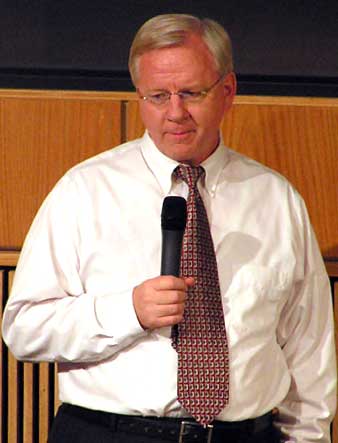 The cold fusion controversy - a baptism of fire for Jones

...... The crackpots are all in the mainstream science establishment who attacked cold fusion without examining the evidence. The scientific establishment was conned into thinking there was no evidence for cold fusion. This is one of the greatest frauds in the history of science. That was meant for the obtuse folks at the University of Utah Physics Department— especially for Michael Salamon, MIT's alter-ego there, if he is, still inhabits the place. Ditto for Steve Jones at BYU. Siegel refrained from printing my comment about the ethics of turncoat, failed scientist Jones. It might have been, "too hot to handle." - from 'Press Responses to the Tenth Anniversary of Cold Fusion' (Originally Published May-June, 1999 In Infinite Energy Magazine Issue #25)

Who ya" gonna believe ?

Who really runs the "super-thermite" show ? 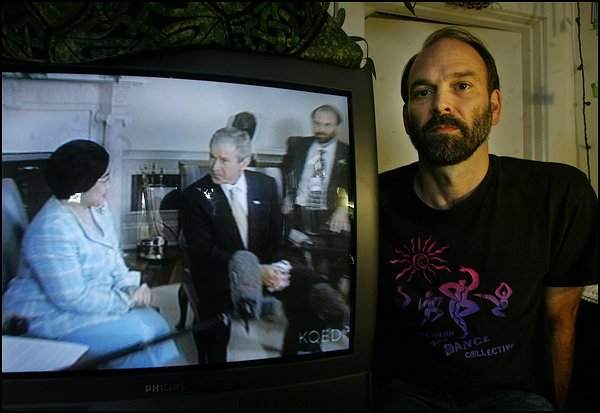 Burks's fluency in Indonesian and Mandarin Chinese made him a valued asset for the State Department. While the government has little difficulty recruiting interpreters for common European languages such as French and Spanish, the demands of the war on terrorism have resulted in a severe shortage of experts in Asian languages. According to Burks, he is one of only three Americans qualified to interpret into Indonesian at the highest level . - Washington Post (12/09/04) 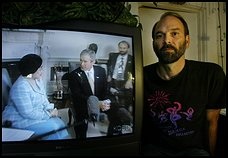 Putting it all together for Los Alamos 9/11 Truth

Introducing: Our chaplain and spiritual adviser 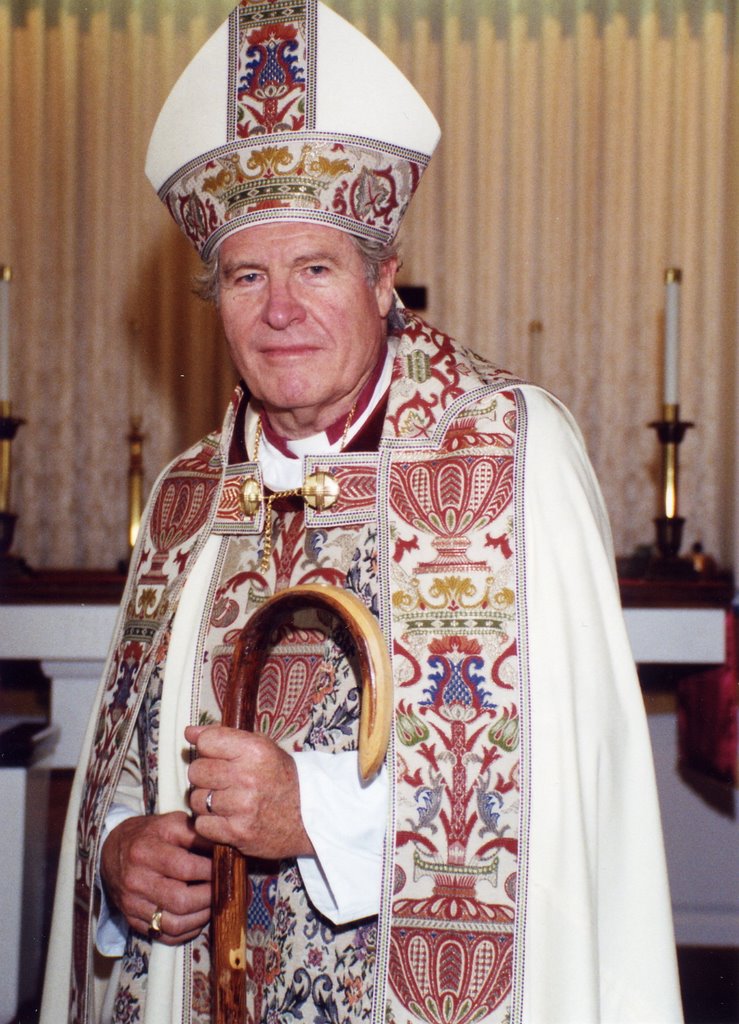 ... administering the sacraments of the faith, to the faithful...

Col. Bowman was Director of Advanced Space Programs Development for the Air Force Space Division. In that capacity, he controlled about half a billion dollars worth of space programs, including the "Star Wars" programs, the existence of which was (at that time) secret. From 1971 to 1974, Dr. Bowman was responsible for Air Force and NASA contracts in Europe, Africa, the Middle East, and Southern Asia. In 1969 and 1970, Col. Bowman flew 101 combat missions in Vietnam. He is active in national and international professional societies and chaired eight major conferences. His PhD is in Aeronautics and Nuclear Engineering from Caltech. Dr. Bowman has lectured at the National War College, the United Nations, Congressional Caucuses, the Academies of Science of six nations, and the House of Lords. Bob Bowman is also an ordained bishop in the "United Catholic Church".

Electoral theatre and therapy for a post-truthling world

the ultimate strategic target of acquisition

crave the relief of lighter moments ...

..... We pause to salute our current nominee for "Employer of the Month"

.... not to forget our favorite faculty adviser - on loan from Yale 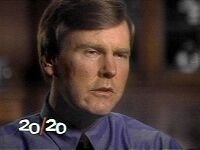 Enforcing the most rigorous standards of academic guidance and discipline

Direct from our "plane hugger " affiliate at MSRI - 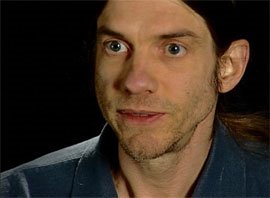 Quantifying the volume and density of "dust clouds at Ground Zero" ... on that fateful morning 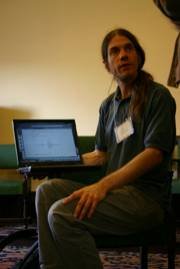 ... with the skill and precision of an angel dancing on the head of a pin.